Oregon presents you with specific training opportunities for the largest and fastest growing:

The following shows per capita gross state product for the last 20 years, relative to the America at large; Oregon’s rank on this measure has risen from 39th to 19th. 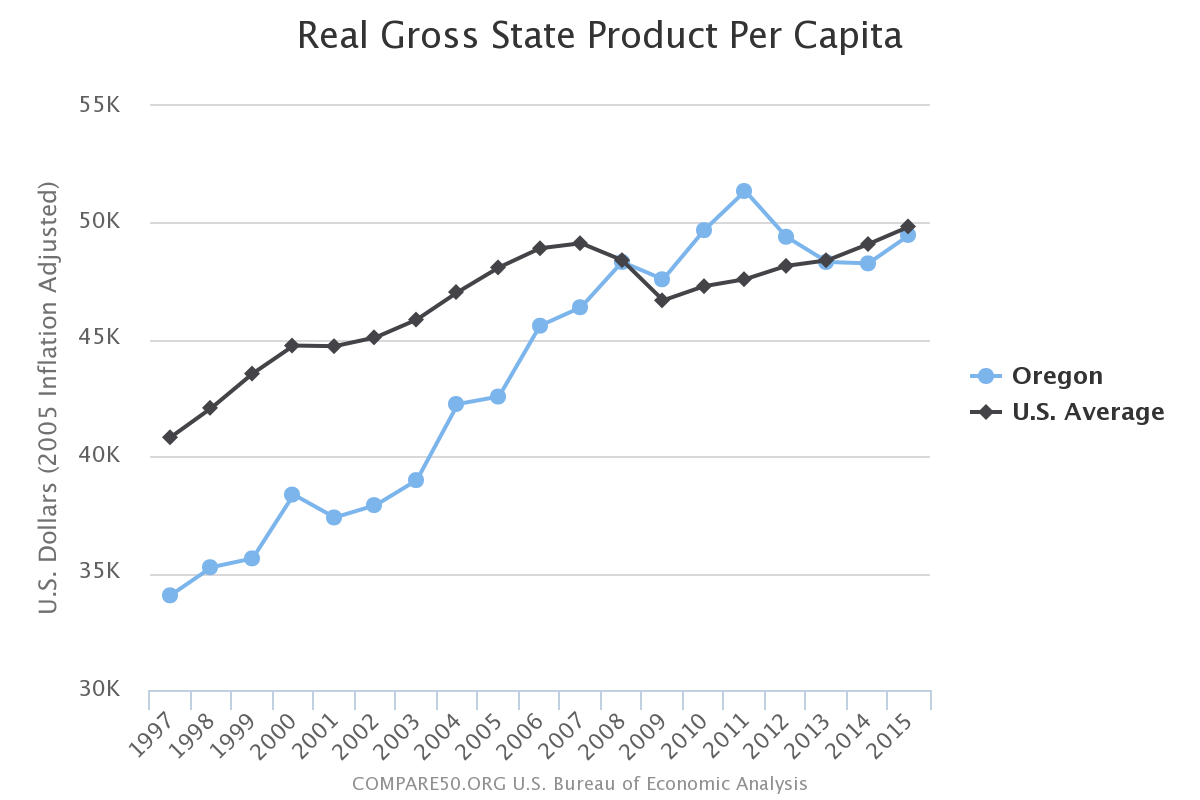 Here at OJT.com, we can help you get the Oregon on-the-job training you need for your business anywhere in Oregon, including the following major cities:

OJT.com connects you with training providers that support all the major Oregon industries. The chart below shows the percentage of the economy, in terms of jobs, that various industry supersectors contribute to the Oregon economy, relative to the percentage that those sectors contribute to the overall U.S. economy. As you can see, Oregon’s economy shows about the same balance of sectors as the overall country. 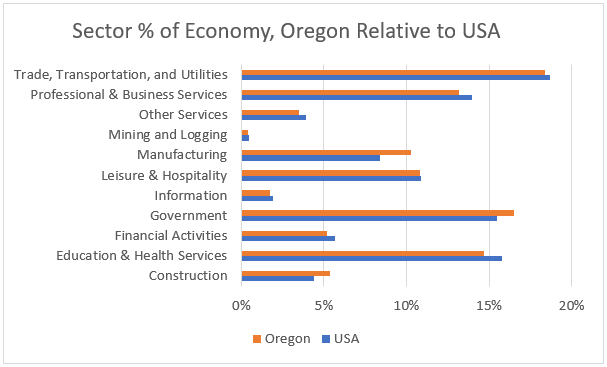 There are no Oregon OJT supersectors with a proportionate part of their workforce that is 2% or more than the country at large. 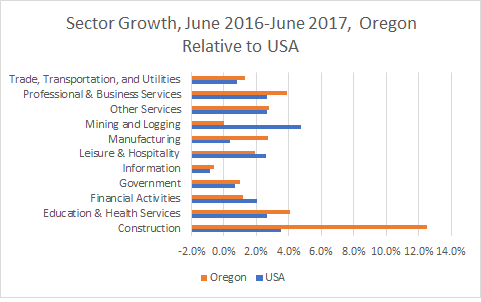 Oregon OJT industries that grew their workforce 2% or more than the country at large are the Construction supersector and the Manufacturing supersector.

Construction is one of the top growth industries in Oregon, relative to the rest of America, with over 100,000 employed in this supersector (June 2017). Construction employment growth between June 1016 and June 2017 grew 12.2% compared to the national average of 4%.

The following shows Oregon occupations with the largest proportion of employees, relative to the rest of the nation. For example, a location quotient of “5” indicates that the percentage of employees in the occupation is five times greater than for the entire nation. 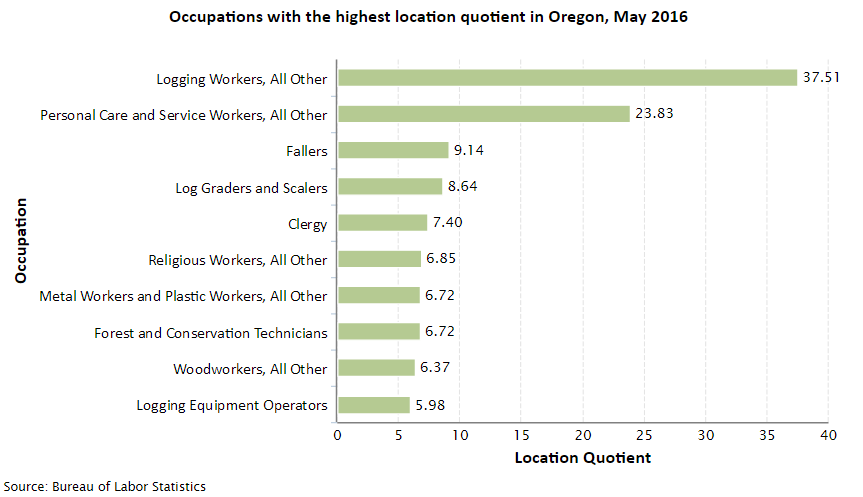 Oregon has a variety of different training opportunities that you can access on the state government website, see Oregon Training. See OJT trainers in Oregon for additional training providers.